We started with cold antipasti, then I had the seabream and he had the lamb chops. For dessert, we shared a lemon sorbet flavoured with prosecco and espresso martini. Coffees were back in his hotel suite.

And there's the only downer of the night - he doesn't live in London. Tomorrow he flies back to Rome, and who knows when we'll see each other again? And I really want to see him again.

The day marked in red on my calendar

It's November 26th, and you know what that means? Yes, as of 11pm last night Luca is no longer my company's client. And at 8pm tonight he's taking me out to dinner. More tomorrow...

There will be no posts on this blog until further notice. There are no words. 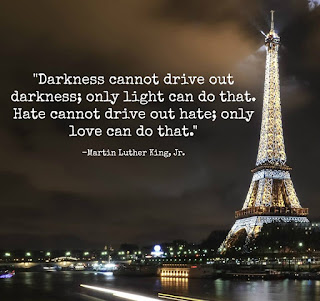 Here's the next installment of Poppy's Carribean Adventure:
(Previous installments can be read here)

Since she’d barely had a chance to unpack, it didn’t take Poppy long to re-pack her suitcase and head upstairs. She let herself into the honeymoon suite and paused a moment on the threshold. The living room area of the suite was almost twice the size of her room downstairs, and the view was breathtaking. Though it was already full dark outside, the moon stood high and full, casting bright silver light across the ocean, lighting up the white strip of beach.

The staff had already beaten her here. A pile of extra pillows, sheets and blankets waited on the sofa.

Poppy crossed to the tall French doors that led to a small, private terrace, and threw them open. Heavy, warm air swept into the room, mingling with the cooler air of the purring air conditioner. She breathed in the briny scent, listened to the soothing song of the waves on the beach. A shout of laughter drew her gaze to a group of young people heading for the beach. Conference delegates making the most of the all-expenses-paid trip to the beach, no doubt.

She’d have loved to join them, to feel the soft squish of sand between her toes and the warm caress of the water lapping around her ankles… But not tonight. Tonight she needed to be showered, dressed, in bed and fast asleep before Gage got back from his dinner.

In the bedroom, the staff had already turned down the bed for the night. Red rose petals had been scattered across the pristine white linen, and a bottle of decent champagne chilled in a silver ice bucket beside the bed. That would be going to waste tonight.

In record time she unpacked her suitcase into an unused cupboard, carefully hanging up the evening dress she’d brought for the banquet on the final night of the conference, then she showered, brushed her teeth, pulled on her pyjamas, and climbed into bed. But she couldn’t sleep.

It was too hot. She turned up the air con, but that didn’t help. She tossed and turned, until at last she heard a gentle knock at the door, then the squeak as the door to the suite opened. She pulled the sheets up under her chin.

With her eyes pressed shut, making a concentrated effort to keep her breathing steady and her body relaxed, she listened as Gage closed the door and moved across the room. He paused at the entrance of the bedroom doorway for a moment before he turned away. She heard him moving around the living room, making up a bed on the sofa. He switched the air con to a higher temperature. Then, careful to be quiet, he tiptoed through the bedroom to the en suite.

It was getting bloody hot under the sheet. As soon as she heard the shower running, she kicked it off so the breeze through the open windows could cool her over-heated skin. And then the bathroom door opened, and Gage emerged, wearing nothing but a white hotel towel wrapped around his hips.

She stared. Gage’s mouth kicked up into a smile as his gaze flicked over her naked limbs and the silky camisole and shorts set which were the only pyjamas she’d packed.

“Faking sleep again?” he asked, leaning up against the door jamb.

She crossed her arms over her chest. “I don’t need to fake anything. You woke me.”

“Sorry.” But he didn’t sound sorry.

She fumbled for something more to say. “You left the shower running.” Way to go, Poppy. Scintillating small talk.

“I forgot my shampoo in my bag.”

“They have shampoo in the shower,” she pointed out.

“Well, don’t let me stop you.” Poppy turned her back on him, and made a show of fluffing up her pillows, as if preparing to go back to sleep. Gage headed back into the bathroom, shutting the door between them once again.

Do I look like an Agony Aunt? I'll be the first to admit I'm way too self-centred to be a great listener. Yet somehow Aurélie has decided to make me her confidante. We had another lunch today, this time at the newly opened Modern Pantry in Finsbury Square.

She talked a lot about how she met Bastien (at a party), and their early days together, but she doesn't talk much about their lives now. She seems to have conveniently forgotten that her husband and I were once lovers. Maybe she's just desperate for someone to speak to in French.

Mostly, I think, she likes to hear about my single life, about going on dates and to parties and clubs. So maybe what she really wants is someone to chat to who isn't obsessed with babies. It appears the only friends she's made since they arrived in London are the other moms from Daniel's play group - and me. Sad, isn't it?

Aurélie's a lovely person, bright and direct, and she has a good sense of humour, but I still struggle to picture her and Bastien together. She's a 'good' girl, has always played by the rules, never stepped out of the lines, never explored her wild side, not the way Bastien and I have done.

I try to imagine what he's doing while she's at work or lunching with me, or what kind of father he is, but I just can't see it. But at least I had good company and a great meal. I highly recommend the restaurant!

Email ThisBlogThis!Share to TwitterShare to FacebookShare to Pinterest
Labels: Aurelie, Dilemma, Dining Out, First Love, Out to Lunch

I know I said we were going to keep it strictly professional, but there are some invitations a girl just can't pass up, and one is the chance to go to Zombies on Ice for Halloween. So when my new client - aka Luca - invited me to join him, what could I do but blow off my plans with Sophie and Amelia and say 'yes'?

We dressed up (him as a pirate, me in my steampunk, short-skirted finest) and headed to Alexandra Park. After working up an appetite skating (which didn't take long!), we went out for dinner and drinks and talked until late before he dropped me back home. Aside from a little hand-holding, which is inevitable when you're ice skating, nothing untoward happened, so I can walk into the office tomorrow with a clear conscience. Well, mostly clear...