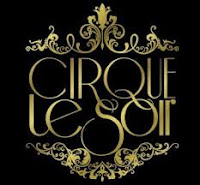 But that's not what you're here for, is it? You want the next installment of Poppy's Carribean Adventure. Well tough... you'll have to check back here again soon.

In the meantime, check out these newly released guilty pleasures from a couple of my writer friends:

Hazzard Blue by Tabitha A Lane

“You want to host a sex party in my house? What do you think this is, Mr. Hunt, Eyes Wide Shut?”

Kathryn Hazzard needs a miracle if she's going to pay her huge tax bill and urgently repair Hazzard Hall’s leaking roof - inheriting the family stately home isn't the rose garden it’s cracked up to be. When salvation turns up on her doorstep in the form of gorgeous Daniel Hunt, can she risk her reputation by letting him use her beloved home as the venue for his high class and outrageous sex party?

Meet Genie Divine, the wise-cracking London show-girl on a hell-bent mission to save her beloved family theatre. Now meet Abel Kingdom, the australian gym mogul determined to buy it out from underneath her.

On paper they have nothing in common, and when they meet, they have even less.
The only thing they DO have is chemistry. Undeniable, rip-my-clothes-off-and-do-me-now-against-the-wall chemistry.

He wants her theatre. She wants him dead.
The stage is set for an explosive summer… 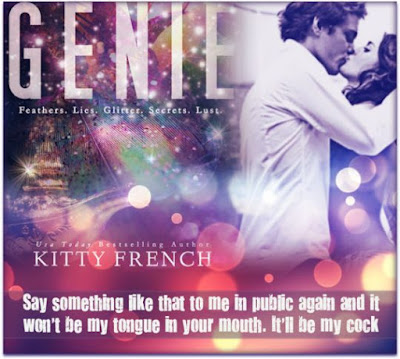 The next steamy installment brought to you this Valentine's weekend:

“Don’t stop.” Her voice was barely more than a whisper, low and rough and sexy as hell.
Oh God. What was he going to do now?
“Go back to sleep,” he whispered back. “You’re dreaming.”
“No, I’m not.” She rolled over to look at him, and the blanket fell away, exposing her shoulders and her chest. “And if I am, then I don’t want to wake up.” She’d shaken her hair loose before she’d gone to sleep. A caramel-coloured curl lay now across her throat. Hating himself for his weakness, he reached out to brush it away, back over her shoulder.
His fingers lingered against her skin. Definitely soft and warm. And electric.
He couldn’t help himself. His gaze dropped lower, to her chest. The chest he’d been struggling to keep his gaze off since the moment his limo had pulled up outside her building this afternoon. She’d been waiting on the pavement with her bags, her hair tied back in a loose knot, her legs long and surprising tanned for a Londoner’s, her breasts straining against the fabric of her sundress. A dress unlike anything she ever wore to the office, and he’d known in an instant that she wasn’t wearing a bra. She hadn’t needed one. The dress did a pretty fine job pushing her breasts up all on its own.
He looked his full now. The way she lay, her breasts pushed up against one another, almost spilling from her neckline. Her nipples were taut buds against the stretched fabric.
“Touch them.”
God help him. Her voice couldn’t get any sexier, any more inviting.
Perhaps he was the one dreaming.
Whether awake or asleep, it didn’t matter. He’d already crossed a line he couldn’t come back from. If he was going to hell any way, he might as well enjoy the trip.
His hand slid down from her shoulder, over the swell of her breasts, to her erect nipple. He palmed her breast, weighed it in his hand. Full and firm, not too big. The perfect size for his big hands.
He rubbed and squeezed. She arched into his touch, and he tweaked her nipple. She sighed, the sigh becoming a moan as he pinched a little harder.
“You like this?” he asked, keeping his voice low so it wouldn’t reach beyond their pod.
She nodded and licked her lips. Her pupils were swollen, her eyes half-lidded. He couldn’t tell if she was still half asleep or just completely turned on.
He had no doubts about his own state. His erection strained painfully against his trousers.
He pushed away the blanket, so that nothing separated his hand from her skin but her thin dress. And at last he did what he’d wanted to do for so many months. He explored her, his hands sliding over her breasts, her hips, between her thighs.
She rolled onto her back and parted her legs, and he needed no further invitation. He slipped his hand beneath the hem of her dress, stroking up over the soft flesh of her inner thighs to settle at her core.

She was faking. She had to be faking. No one could sleep so deeply on a long haul flight.
On the other hand, Gage prayed she wasn’t faking. If she wasn’t fast asleep, then he was in big, big trouble. He’d crossed a line way bigger than the flimsy divide between their seats.
Who was he kidding? He hadn’t reached out to cover her up because he was worried about Poppy getting cold. He was way more worried that the sight of her bare shoulders, the sensual curve of her neck, was going to give him a damned inconvenient hard-on.
Through the blanket Gage could feel the rise and fall of her breathing. Feel the heat of her body scorching his hand. But he didn’t remove it. It felt too damned good to be able to touch her, even if touching her was as much a punishment as a pleasure.
He waited for her to shrug off his touch, to slap his hand away, but it didn't come.
What the hell was he thinking?
Okay, so he wasn’t thinking. He was acting on pure animalistic instinct. The kind of instinct that had kept humankind in business for thousands of generations. The kind of baser instinct he’d thought himself well above.
But what normal red-blooded man could resist a woman who’d shown up at the airport in a sundress that appeared to be plastered onto her and a pair of red ‘fuck me’ stilettos?
Poppy was usually such a sensible woman. He hadn’t taken her for one of those women who’d put style over comfort on a long haul flight.
Though admittedly, she seemed to have a bit of a thing for ‘fuck me’ heels. He could still remember the shoes she’d worn to her second interview. No, not shoes. Boots. That seemed to be made of black lace and leather. If he’d been into S&M he’d had her up on the table with her legs spread the moment the HR staff had their backs turned.
He should never have hired her. The temptation was killing him.
He swallowed now, let his hand stroke down the curve of her body, over the arch of her bottom, to her thigh. He imagined what her skin would feel like beneath his fingers if she were naked.
What did her skin feel like? He’d been so careful to avoid touching her before now, he really had no idea. Would it feel warm and silky – or hot as sin? His cock pricked at the thought. Yeah, it was voting for hot and tight.
His hand slid down over her stomach. Was she even breathing? She lay so still. Would she wake if he touched her as he wanted to? Would she scream?
He doubted it. Nothing flustered Poppy. She’d probably arch one of those elegant eyebrows at him. Maybe flutter her long eyelashes, or give him one of her coy smiles, taunting him with what he couldn’t have.
Why the hell did he have to be her boss? If he’d met her in a bar, he’d have taken her home to his bed, taken his pleasure, and never thought about her again. Instead, she filled his thoughts, filled his dreams, until she’d become his obsession.
She twisted in her sleep, turning a little towards him, and he held his breath, not moving a muscle until he was sure her breathing remained deep and steady. His palm lay now on her stomach, barely a hand’s span from her pussy. Was his touch arousing her in her dreams? Good. Then it would be payback for every time he’d woken from a dream with his crotch aching for her.
His hand slid lower, down over her mound towards her pussy.
Damn the blanket. It lay bunched in folds right where he wanted to explore the most.
Perhaps it was a sign that he needed to end this madness.
Slowly, reluctantly, he removed his hand, clenching it in a fist to prevent it from reaching out for her again.
“Don’t stop.”

If you're not yet ready for the story to stop, read on here...

Just 10 more posts to go. I can smell that French champagne. In the meantime, it's Prosecco (courtesy of a friend with the enviable job of wine buyer) and a good book - mine! 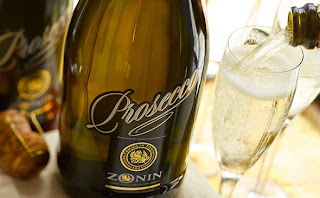