It's going to be a dark glasses kind of day. We got home sometime after 3am from Fright Night! at Opal Bar. After a few hours sleep I'm now on my way to the Eurostar to head home to the family for the week. Even Drew is flying in to spend La Toussaint with Grandmaman. More soon...

Olivia turns 30 tomorrow. Sophie and I have spent weeks (okay months) planning her party and it's going to be The Event of the Year. We've hired a glass party boat for a Thames Cruise, and a DJ to keep us rocking. There will be a set down dinner for 150 of our closest friends, and enough champagne to swim in.


(PS: I wouldn't mind if that fair-haired guy in the picture were thrown in as part of the package!)
Posted by Unknown at 21:22 No comments:

Aurelie turned up alive and well at her parents' house just outside Paris. She called me and we had a very long chat. She wants time to think about what she wants in her life.

Bastien is a mess. I went round to their apartment to check on him and we talked until late. I didn't know she was already pregnant when they married. How did I not know this? I think I've convinced him to go after her. I hope I did. I don't have time for the drama right now, as I'm arranging a fund-raising ball for one of our most demanding clients right now.

And I have books about to come out, and I owe you all an update on Poppy's Caribbean Adventure. (I could do with one of those myself about now!)

Aurelie walked out on Bastien yesterday. While he was out meeting a client, she packed her suitcases, took Daniel and left with nothing more than a note.

No, I'm not making this up.

He called me first, hoping she'd told me where she was going, but there was nothing I could tell him. I knew she was unhappy, but I really didn't see this coming.

She's my friend too, and I'm worried for her.

The first in The Sinclair Brothers series is Nine Minutes Past Midnight - baby brother Crispin's story.

Crispin's a playboy pilot with his eye on uptight financial consultant Faye. It's Carnival time in Venice and Crispin has a plan to release Faye's wild side... 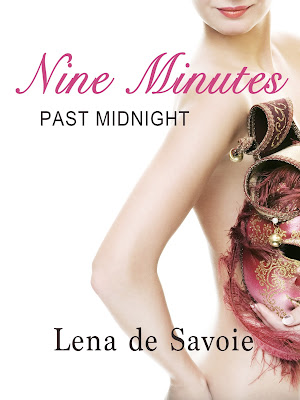 Email ThisBlogThis!Share to TwitterShare to FacebookShare to Pinterest
Labels: Nine Minutes Past Midnight, The Sinclair Brothers

As you may have noticed, the updates of Poppy's Caribbean Adventure have stalled on Wattpad (and on this blog).

Watch this space - there will be cover reveals and teasers in the near future.

Email ThisBlogThis!Share to TwitterShare to FacebookShare to Pinterest
Labels: The Sinclair Brothers

It's my party, and I'll cry if I want to... though the only tears allowed this weekend are tears of laughter. Because I'm 30 today!

We didn't plan a big party since I wasn't sure if Luca would be free, in which case I wanted to be free too. As it turns out, he can't get away from work this weekend, so my lovely girl friends, knowing how much I need some sunshine, arranged a last minute, girls-only getaway to Mallorca. This is where I intend drinking champagne this weekend:

It's been a busy couple of weeks, but this weekend I get time off for good behaviour. I'm spending the bank holiday weekend with Luca. He's taking me to Venice. Romance is in the air!

My ongoing serial, Poppy's Caribbean Adventure, is now being posted weekly on Wattpad. Check it out here to read the story in sequence. 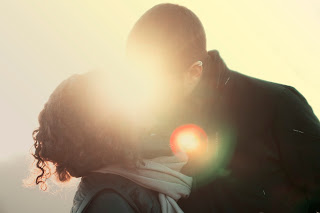 Don't expect any further instalments of Poppy's Carribean Adventure for the next couple of weeks. Luca's back in town, and the weather is perfect for staying in bed. Which is where I intend to spend the majority of his visit.

Much later than I planned to post this, but here at last is Instalment 15 of Poppy's Carribean Adventure.

He was bloody hard again. He’d offered his bed to Poppy on impulse, and on reflection it made sense to have the woman responsible for the conference logistics close at hand, but how did he hope to hide his rather obvious desire from her when they were in each other’s space all the time?

This wasn’t like the office where he could shut the door between them, or bolt himself in his private executive bathroom to jack himself off.

This hard-on wasn’t just inconvenient. It was seriously going to wreck their working relationship.

He lifted his face to the spray and felt the shampoo trickle down his back.

He switched off the shower and stood for a long moment before reaching for the towel. His decision was made. And he was a man who always followed through on his decisions.

The lights were off in the bedroom, but in the moonlight falling through the open curtains, flooding the room with bright, white light, he could tell that the bed was empty. A light breeze played with the white curtains.

Gage secured the hotel towel around his waist, picked up the champagne bottle from the bucket of melted ice and two glasses, and headed to the terrace. Poppy leaned against the railing, the sea breeze blowing her loose hair across her cheeks. She didn’t turn to look at him as he paused, setting down the glasses on the small wrought iron table to pop the cork on the champagne. He poured two glasses, and brought them over to her, and at last she turned to him.

“We have to be up early for the conference.” She said, not taking the glass he offered.

She lifted her gaze to meet his. Her eyes were heavy-lidded again, as they’d been on the plane when she’d come for him. His balls tightened, his erection tented the towel around his hips.

Poppy glanced down his body, her gaze burning him up as it stroked down over his bare chest and settled on his crotch. Her cheeks flushed and for a moment she pressed her eyes closed. He hoped she was remembering his fingers on her, inside her. Because he was.

The woman standing before him wasn’t the self-contained, imperturbable assistant he’d come to rely on. This woman was even sexier, with her pink cheeks and wind-tousled hair.

“It would be a terrible shame to waste such excellent champagne,” he said.

She puffed out her cheeks, and when she opened her eyes again he could see that she had made a decision too. When she reached for the glass he held out to her he didn’t bother to hide his grin of satisfaction.

Welcome to the new year

Before Christmas we moved Grandmaman from her apartment in Paris to my parents' home in the country. She's not thrilled to be living under the same roof as my mother, but after her illness a few months ago and a recent fall, the family were unanimous that she should no longer live alone.
(My mother's not happy about it either, but she would die before admitting it. British stiff upper lip and all that.)

As soon as the usual family obligations had been fulfilled, I headed back to London to party 'From Dusk Till Dawn' to see in the New Year with Amelia, Sophie, Olivia, Stu (and the usual bunch of Stu's friends) - and Drew, who spent the entire weekend with me before heading back to NYC.

Aurelie and Bastien spent Christmas with her family then New Year with his - and I have it on good authority (i.e. Grandmaman, who has decided to fill the days of her enforced retirement in the country by keeping track of all the neighbours) that they had a huge blow up fight on New Year's Eve. Not my monkeys, right?

And so that brings me to the start of 2016. Back at work in grey, dreary, (and very very wet) London.

I'm not making resolutions this year, though if I did they'd probably be exactly the same ones I made last year! But I do promise that Poppy's Caribbean Adventure will resume next week, right here on this blog.