Happy Birthday to me

And it's a bank holiday weekend! How lucky can one girl be?

The celebration started on Friday with tickets to Burlesque, Gin & Jazz, part of the London Burlesque Festival... and the party hasn't yet stopped. 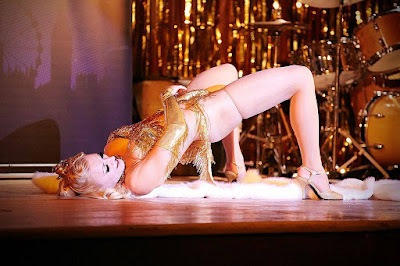 The burlesque festival runs until the end of the month, so check it out. Still not convinced? Read this review by The Metropolist.

Book Review: One on One 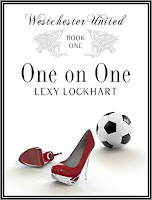 I was lucky enough to get my hands on an advance copy of Lexy Lockhart's debut novel, One on One, and read it last weekend. Lexy is a friend of two of my favourite authors, Zara Cox and Kitty French, so coming with their stamp of approval I expected good things. I wasn't disappointed.

As I'm probably the least sporty person I know, and I can barely tell one side of a soccer pitch from another, I really didn't expect to be wowed by a romance novel set entirely against a football background. In fact, the football aspect gave it this book a very different, fresh edge compared to other books I've read. The chemistry between Gabe and Allegra sizzled, and I admit I found Gabe very appealing. I am after all a connoisseur of sexy male butts in tight shorts!

Release of this book is imminent, so keep an eye out for it at Amazon now.

This coming week at work we're doing an installation for a client at Clerkenwell Design Week so I'll try not to misbehave. Or at least, not to misbehave more than usual. See you next week!


More about One on One:

Rules are made to be broken…

…but not at Westchester United.

Allegra Alvarez has worked too hard to get where she is to jeopardise it all. Her one and only rule: Stay away from Gabe Morgan, the walking, talking, pant-melting temptation.

Her father, Westchester’s new chairman, issues playboy striker Gabe with a rule: touch my daughter and I will sell you. The only problem is Gabe has never been given a rule he hasn’t broken.

Which will win…his passion for Allegra or his love of the beautiful game?

The next installment of Poppy's Carribean Adventure.

If you haven't already been following this story, then click here, start at the bottom, and work your way up.

Gage wasn’t sure how he managed it, but he got all the way down the aisle in spite of his raging hard-on. Oh God, the agony. If he didn’t get rid of this erection soon, he’d explode.
But he didn’t get far enough. Within hand-reach of the handle to the toilet, the perky blonde flight attendant materialised in front of him. She was a buxom girl, with breasts and ass bigger than Poppy’s, and from the coy smile she gave him, he gathered she knew how to work them to good advantage.
“Can I help you with anything, sir?” she asked. Then her gaze dropped lower, down over his chest and straight to his crotch.
Her eyes widened.
Yeah, maybe she could help him.
He wasn’t usually such a man-whore. Okay, he’d done two women in one night before, but he was more mature these days. It was unfair to Poppy to follow her up with another woman, but on the other hand it wasn’t as if they’d had actual sex, and she’d had all the fun. He didn’t owe her anything. And it wasn’t as if something like that could ever happen again.
The flight attendant licked her lips and darted a look over her shoulder, towards her colleague who was busy tossing trash down the chute.
“I can help you take care of that, if you’d like, sir? Would you care to follow me?” she asked, keeping her voice low.
“Thank you. Yes.”
She led him down a narrow flight of stairs all the way down to the cargo hold, and pushed open a door into the cramped crew quarters. Bunks against the wall, clothing and make-up everywhere.
He didn’t even bother with a bunk, but leaned up against the back of the door as the eager flight attendant unbuckled his belt, unbuttoned his trousers and lowered the zip. He helped her push both the trousers and his boxers down low enough over his hips that his erection sprung free, aching with need.
Then the flight attendant went down on her knees and took him in her mouth.
Yes! He leaned back his head and closed his eyes as he imagined that it was Poppy sucking him to completion.
The blonde at his feet was good. She knew how to suck, knew how to cup his balls just right, knew how to milk his erection for all it was worth. He wished he could enjoy it longer, but he was already too far gone.
“I’m coming,” he warned.
The blonde nodded, and sucked him harder.
He spurted into her mouth, the orgasm shaking through him as he came, grunting loudly. She looked up at him and swallowed, then licked her lips.
God, she was good. Pity she was the wrong woman.
He righted his clothes and zipped himself up as she rose to her feet, patting down her uniform and checking her hair in the narrow wall mirror.
“Thank you,” he said.
“Caroline. My name is Caroline.”
He nodded and pulled the door open. By the time he was half way up the stairs he’d already forgotten her name.

Hmmm - Gage has a bit of a bad boy streak, doesn't he? Will Poppy find out and have his balls for breakfast, or will it be all work and no play for her? Find out here...

No going away to warmer climes this bank holiday. Instead, I stayed home and partied: Centre Point Charity Ball at The Savoy on Thursday night with a guy I met a few weeks ago and who I've sort of been dating (non-exclusively), and then Mahiki Fun Day on Sunday with a whole big group of friends.


So this guy (let's call him The Banker) is something really special. He's got a great job in the City as a business analyst, drives a really nice car, is fun to hang out with, and he even reads! So why the non-exclusive thing?

For a change, this isn't about a man being all commitment-phobic. This is about me not really feeling it. On paper this guy is perfect. And yes there's chemistry, and yes on date three I discovered he's super hot in bed. So what's missing? Hell if I can figure it out!

But I can live with something missing. For the moment. At least he's good for innovative dates and a little spring loving. His apartment also has a great view of the Thames which is kind of nice to wake up to.